The Cave Hill Heritage Foundation cordially invites you to join us on a beautiful fall evening for tours, good food, and fellowship as we celebrate the preservation of Louisville’s landmark during the 7th Annual Cocktails on the Lawn event.

The Cave Hill Heritage Foundation is proud to have Stu Pollard as our emcee this year!

Stu Pollard was born in Louisville, Kentucky and attended Kentucky Country Day School. He graduated from Georgetown University in 1989, then spent three years working for New York's McCann-Erickson before moving to Los Angeles to earn his MFA from the USC School of Cinematic Arts.

After graduating from the University of Southern California, Pollard created Lunacy Unlimited, a production company that created a number of award-winning commercials and documentaries before eventually shifting its focus to features.

Pollard made his feature film debut in 1999, producing, writing and directing Nice Guys Sleep Alone , starring Sean O'Bryan and Vanessa Marcil. A romantic comedy about the dating scene in Louisville, the independent production was broadcast in over a dozen countries and carried on cable television's HBO. The film became the first Netflix exclusive, [1] garnering press coverage from USA Today , Time , and Variety .

In 2005, Pollard delivered his second feature film. He produced, wrote, and directed Keep Your Distance, starring Gil Bellows and Jennifer Westfeldt. The thriller depicts a seemingly perfect marriage, which slowly dissolves at the foot of betrayal. Pollard received a number of producing credits for independent films from 2006 through 2015, including Ira and Abby and Bass Ackwards . In 2015, Pollard founded his production company Lunacy Productions in order to break free of the "one at a time" model of independent filmmaking and have multiple projects in development at a time. [2] Lunacy has offices in Louisville, Kentucky and Los Angeles, California, [3] and focuses on supporting emerging filmmakers while also working on new materials with established talent. [4]

With Lunacy Productions, Pollard produced the critically-acclaimed survival thriller Rust Creek , which won the Best Thriller Feature Award at the San Diego Film Festival. [5] His latest release is the romantic comedy Plus One, starring Jack Quaid and Maya Erskine. [6]

Pollard is also an adjunct professor at the USC School of Cinematic Arts and teaches at Film Independent. He is a member of both the PGA and DGA. [7]

Photos from Cocktails on the Lawn. 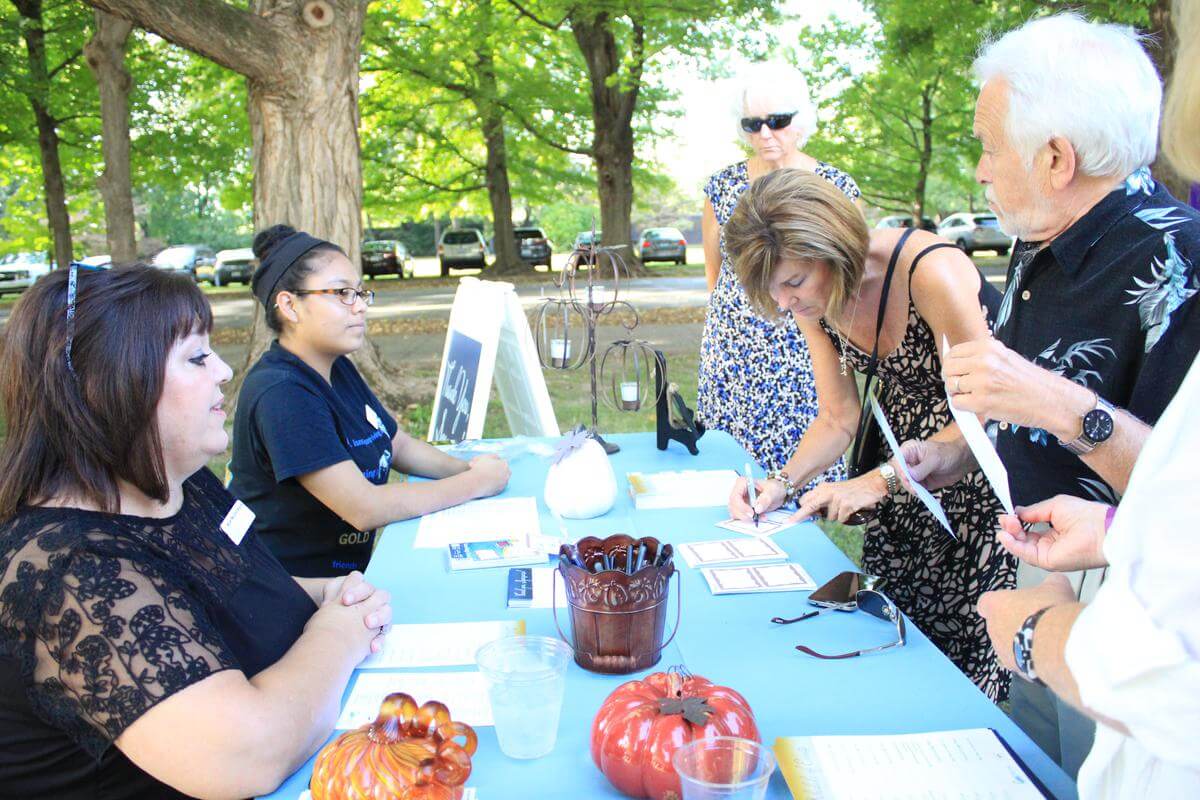 $35.00 per person
Foundation members are FREE with invitation code.

Registration for this event has closed.

Your support is needed to continue our preservation, restoration and educational development efforts. Click here to learn more about how you can get involved.

Interested in getting a tour?
Click here to learn more about what we offer for touring services.

Want to help but don't have a clue where to start? Click here and we'll try and make it easy for you!